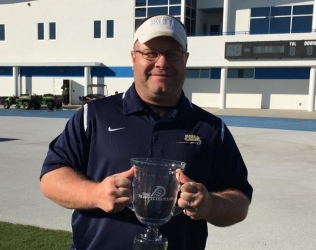 Coach Justin Becker is the founder of Austin Elite and is the current head coach for Georgetown High School.  The trophies at the club level are many, but the one he treasures most is the U13 IMG National Championship in 2016.

Becker led Georgetown to a District title his first season under the helm and has a regular season record of 37-2. He had his squad ranked #1 in Texas (D2) most of the 2018 season until his 18 man squad felt the injury bug and was knocked out of the Sweet 16. Coach had a GT record 3 college commits in Oct 2018 and is expecting two more seniors to sign shortly.

Justin was the founder and former head coach of the Southwest Austin Lacrosse Association, a Bowie High School feeder program. As the head coach at Bowie High School (Austin), he produced their first ever NCAA Division I commit (Wes Sanders, VMI) and the school’s first ever All–American.  Most of his SWALA players still rock the Elite jersey today.

Justin and his wife Ally are parents to three children, Dylan, Maddie and Lucy. He currently teaches History at Georgetown High School in Texas and is a retired Captain in the US Army.

Coach Gus has been on the Elite Coaching Staff since 2015 while he was still playing close defense for 4 years at D2 Catawba  College. Gus had some pretty stellar moments at Catawba, but we are guessing being on the Homecoming Court as a Frosh had to  be a major highlight.

Prior to taking his talents to NC, Coach Weber filled his trophy case while attending Georgetown High School in Texas. He was a 1st All-Stater as a Junior and Senior.

Coach Weber is the Assistant Coach for Georgetown High School when he is not being a Principal (and 3D plastic cast model) at Amplify Medical Devices and Regenerative Therapies. 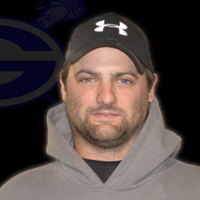 Victor High School  in the Nation’s lacrosse hotbed, an perinatal New York state powerhouse,  is where Coach Bowerman prepped. He holds the record for careers saves and single season. Coach made the all-tourney team his senior season and as honorable mention as a junior year. He was  a 1st team All-Greater Rochester as a senior.

Georgetown High School  is where is coaches in the Fall and Spring.

Coach Jack Houtz is a former McCallum High School Lacrosse standout, he just completed his collegiate career playing four years at Millsaps College.  His statistics speak from themselves, 430 career groundballs (school record), 110 career goals, and 36 career assist.  He currently has the school’s single season records for most goals, points, and groundballs.  Jack was a 2015 Academic All American and a 2016 2nd Team All-Conference Midfielder.